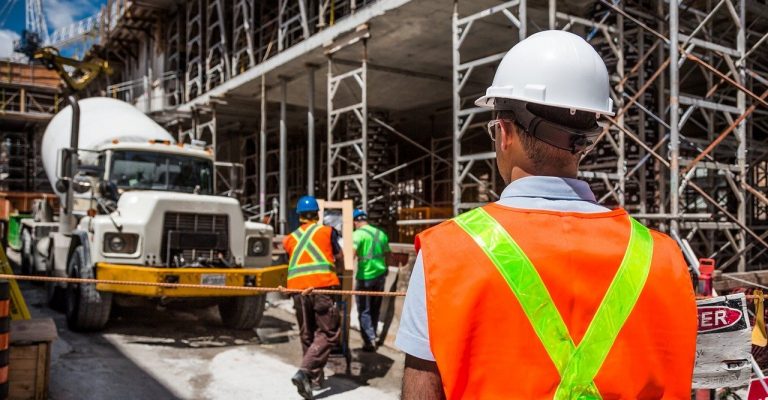 I have been fortunate enough to work with Mike for almost 3 years now in his role with Salesforce partners who focused on Higher Education in Canada. Mike’s knowledge of the SFDC applications and how those technologies can map to various departmental needs in Higher Education (recruitment, student services etc) is very sound. He has a consultative / inclusive communication approach which is both refreshing and in high demand. Mike manages complexes sales cycles very effectively keeping all involved updated and focused on the end goal. Thanks to Mike’s support we have successfully worked with several higher education institutions and continue our good relationship with those organizations. I would highly recommend Mike for any complex sales roles as an individual contributor or department lead.

The client is a business consulting and technology implementation partner, primarily with a market-leading cloud-based, mobile workforce management solution in North America.  The solution was designed to meet the needs of the most demanding field service organizations, the solution enables real-time, automated, context-based recommendations for service planning, scheduling, execution and analysis to support intelligent decision making.  For example, their primary market are seven figure deals with energy and telecommunication sectors.

A few years prior they had acquired a sales consulting organization, providing best of breed Customer Relationship Management (CRM) solutions. Shortly thereafter, they sought to become a Salesforce consulting partner in Toronto and Montreal focused on small and medium sized businesses.  Part of the likely reasons to do so is their clients would take a service call supported by Salesforce.com and pass through service order to their workforce solution.

However they became a Salesforce.com partner when they were already plenty of partners in the region.  Any assistance from their existing workforce management practice and expertise (sales or technical) wasn’t easily transferable to the new Salesforce.com practice.  To begin with both were targeting vastly different size organizations and sector clients. While competition for Salesforce.com services was fierce, it resulted in much lower total project value than their other practices.  Therefore part of the professional services firm’s initial challenge was coming to grips with the different mindset required to run each practice respectively, the workforce side and salesforce.com side:

Growing revenues for the practice with its specific strategic focus was a priority.

My prior skills, experience and accomplishments for selling through to leading implementation of hundreds of CRM projects led the professional services firm to hire me.  No question as well that I love a challenge.

Taking on a challenge is  fun.  That said I was conscious that the average tenure of a sales professional (from salesperson through to VP of Sales) continues to shrink every year for the past decade and into the 21st century.  There is a great debate as to why, which you can find and review in our resources section.  Bottom line, the reality is that it adds pressure to perform.  The double edge sword to this pressure is risking that the client may see sales efforts as pushy, untrustworthy through to greedy.

The counter this possibility, the first step taken was developing a sales strategy that is in-line with the professional services firm’s corporate strategy.  The strategy was built on  how it might serve existing customers in energy and telecommunication,  while investigating those likely to buy Cloud or Saas based services, some of which came from Salesforce.com.  Also profiled growth oriented organizational prospect accordingly, locally and with sources such as MacClean’s 500.  Then established the number of potential businesses in the region based on federal statistics.  Filtered it by industry and employee size as well to confirm the potential size.  Filtered it again based on target deal size, or $50K and conservative close ratio of 10%.  Concluded  that the first year quota is to be $1M while further customizing the strategy to account for competition, regional nuances, and so on.  Added in what’s marketing research and likely marketing resources.  Similarly added in what’s required from services side of the practice and from there completed the balance of the strategy with appendices for playbooks, sales enablement needs, and so on.

The second step was to spin off a business case from the strategic planning, to inquire for two key resources for help develop the firm’s Salesforce.com practice: One, a marketing resource with accountability for the Salesforce part of the firm’s general web site.  And two, a reliable technical resource to configure and develop Salesforce.com projects once they come in.

The third step was initiating one of the priorities in the action plan from the developed strategy.  Specifically to reach out to Salesforce.com contacts who may help drive the firm’s practice.  Of course, part of the challenge is that all Salesforce.com partners do so or ask to be part of their daily incoming lead, 60 a day cycles at the time.  Instead ask for a list of Salesforce reps in the region who were under performing.  I also asked for the list of sales already made by Salesforce.com but without a partner, where the customer chose just  their software and didn’t want a partner to help configure or develop.

Added what I receive from the above Salesforce contacts and sales list without partners to what I put together in the sales strategy.  So by the second month, I was ready for the fourth step or building a mini email campaign and related messaging short of gaining marketing resources.   The email campaign’s goal was to secure a minimal opt-in list given GDPR compliance rules.  Planned nonetheless that much of the initial work was on the phone with outbound prospecting calls.  Aim to complete at least twenty calls a day, where the preferred metric was five conversations a a week.  Also began a search for Salesforce.com technical resources, which I would eventually hand over finding to firm’s human resource department.

I chose the above steps as priority with the goal of shortening the time to qualified opportunities at a minimum.

I leverage my expertise in:

I did have coffee with some of the best Salesforce.com sales in the region.  Effectively they had concerns with the firm’s delivery capabilities, hence why they hesitate to back up its Saleforce.com partnership.  But I did gain support from two of the under-performing salespersons.  Plus I received the list of  customers who bought Salesforce.com without a partner.

I proceeded to profile the customer company, industry and contact.  Then crafted a custom mini email campaign, along with a proactive prospecting follow up.  Initially projected no incoming calls through to twenty calls a day and one conversation a day according to the strategy.  Actual results were 10 percent replies with mini email campaign.  Of twenty calls a day prospecting, gained one conversation a day and captured nine opportunities by the end of the third month.  Began to subsequently close, three projects a month.

Immediately sourced reliable Salesforce.com technical resources beginning with a developer, then a senior developer of good repute as well as a bonus, a Salesforce architect who was very capable.  The latter provided sales effort an enormous flexibility not initially planned for in strategy.  It boosted what we could deliver as well as charge through to size and types of projects.  Specifically, it attracted the attention of other Salesforce sales people and allowed us to expand first into the higher education vertical.  Then we expanded the type of projects we can do with Exact Targeting (marketing software) that Salesforce.com eventually purchased.  We also initiated projects with Service Cloud from Salesforce.  Internally, the firm provided a dedicated marketing resources as well as the practice grew from one to twelve resources.  Soon we began to gain regionally brand names in business and higher education such as C2 Event Centre Phi through to HEC local university and by the end of the first year we were trending just under $2M in revenue growth.

The second year expanded upon the project size, complexities and more.  For example, sales worked an opportunity with a college where it was Salesforce.com who invited us to participate (reflecting a huge change in our partnership).  The main pain that the college was facing was a lost of up to 30% of its potential students to a rival college.  As we progressed into the first calendar quarter, the opportunity listed all the twelve stakeholders involved in this opportunity from President to their IT Director, Admission Director and IT team.  Yet, they hesitate given the size of the project requested or just under $300K.  Bottom line, we secured the deal in less than four months of prospecting, demos, statement of work and so on.  This deal was the foundation for huge gains in the second year and well beyond initial sales strategy projections.

What made this project a success was planning a strategy to provide a lay of the land so to speak, both positives and negatives as briefly outlined.  Just as important was the ‘doing’ beginning with marketing and sales persistence, in nice, positive and helpful fashion.  If the hard work was not put in, then we likely would not have been lucky with provided list and sourced technical resources.  The rest of the success reviewing and adapting as we proceeded and maintaining consistency with the basics, the approach and value promotion.

Behind this case study were my skills, experience, and competencies with:

Book your free 30-minute consultation where we can talk about your business — and explore how we can help you achieve your goals.